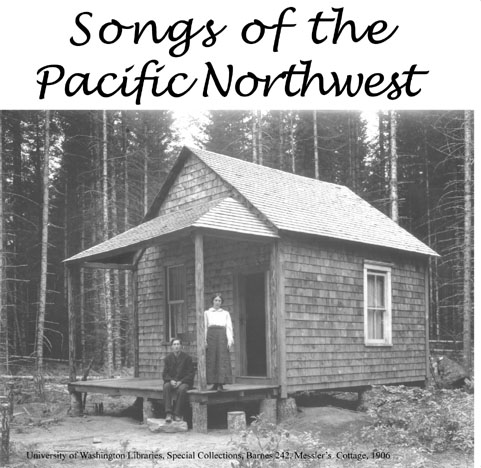 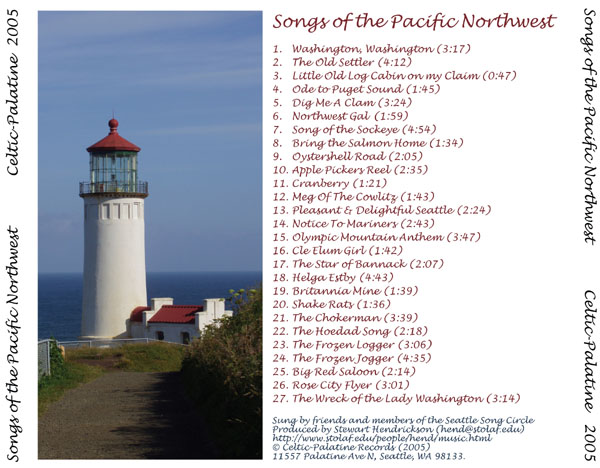 SONGS OF THE PACIFIC NORTHWEST

This collection of songs grew out of a workshop at Rainy Camp, a weekend singing retreat of the Seattle Song Circle at Camp Don Bosco in Carnation, WA, Feb. 4 - 6, 2005. Most of the songs were recorded live in the camp chapel, others were recorded or taken from previous recordings as indicated. Some of these songs are traditional, others are newer songs written in the traditional style. Some have never been recorded before. They all represent a part of the ongoing folklore of the . The musicians are all ordinary local people, friends and members of the . These are not big-name recording artists, but just folks who like to make their own music. This is what ‘'folk music’' is all about. Stewart Hendrickson

Ode to - words by Carlton Fitchett, ca. 1944. Sold to Ivar Haugland for a box of Cuban cigars. Allan Hirsch

Dig Me a Clam - words by Susy McAleer, John Dwyer, Hilda Thomas and others.The idea was hatched at a in 1987. Susy McAleer & Jean Smith (recorded at Palatine House)

Song of the Sockeye - words from a poem by Ross Cumberg*, music by Phil Thomas*, 1962. Dick Holdstock  (from his CD “Way Out West”)

Bring the Salmon Home - words & music by Mary Garvey. Set at Steamboat on the . Mary Garvey (recorded in )

- words and music by Mary Garvey. About the women who had to pick oysters in the dark during the blackouts of world war II near . Mary Garvey (recorded in )

Meg of the - words & music by Mary Garvey. Mary Garvey (recorded in )

Pleasant and Delightful - words by Susy McAleer. Walking out of in into a sudden rain, John Dwyer said to Susy, “Ah, pleasant and delightful weather!” Susy McAleer & Jean Smith (recorded at Palatine House)

Notice to Mariners - words & music by John Dwyer*. A true story of the grounding of the to ferry. Susy McAleer & Jean Smith (recorded at Palatine House)

Cle Elum Girl - words & music by Nancy-Lu (Gellerman) Patterson, , early 1950s. The story goes that Nancy-Lu met an older woman in a bar in Cle Elum who spilled out her life story. This is a genuine song with a bittersweet, all-too-universal theme. Bob Nelson (recorded at Palatine House)

The Star of Bannack - based on the story of Miss Nellie Paget from Bannack, Nelson (recorded at Palatine House)

Helga Estby - words & music by Linda Allen. Based on a true story of a woman who, at the turn of the century, walked across the to save her family farm. Linda Allen

Britannia Mine - words by Paddy Graber, tune traditional “Skibbereen.” A bitter strike in 1946 led to eventual closing of the copper mine at , B.C. Paddy Graber (recorded at Palatine House)

Flyer - words & music by Percy Hilo. One of the last electric trains in the NW, ran from Vancouver, WA through to , OR, was discontinued in 1941. Percy

*With permission of the author.

"Listening is a pleasure. You'll find yourself sitting around a campfire at a folkie camp, joining in the singing, and savoring the songs and musicianship of your friends. It will warm your heart, and, yes, it's a basic "what folk music is all about" CD." Faith Petric, San Frincisco Folk Music Club, Folknik, Vol. XLI, No. 6 (2005).

"One of the charms of this CD is that it is obvious that the singers are having fun.  And so will those who listen to it."  Don Firth, Victory Review, March, 2006.